What does a Wanty-Groupe Gobert rider eat during the Tour de France?

The Tour de France: 3 weeks race, 21 stages: that is 21 days on the bike, a little rest, talking to the press, ... and eat, eat, eat. But what does a rider of team Wanty-Groupe Gobert eat before, during and after the rides?

The importance of proteins

Since the preparation of the next stage already starts right after the stage of the day itself, let’s start our story with that. Of extremely importance is, that a rider takes amino acids as quickly as possible. These are the building blocks of the muscles and they are necessary to promote muscle recovery after exercise. After all, any sport activity of any intensity will cause micro-cracks in the muscle tissue. Restoring these cracks will eventually make the muscle fibers stronger, but it requires sufficient and the right building blocks. These can be taken in the form of BCAA’s or Branched Chain Amino Acids. These are branched chains of essential amino acids, consisting of Leucine, Valine and Isoleucine. Every rider of the team takes 3 tablets within the first 15 minutes after the ride.

Of course we do not only think about the short-term recovery. During the last week of the Tour, the efforts of the previous weeks will, of course, largely continue. An optimal recovery must be pursued after each stage: to achieve this, proteins must be taken: they provide amino acids to the muscles in a slower form. It is important that these are taken during the 'anabolic window': these are the first 2 hours after the sports effort, in which the muscles are most sensitive to absorb these amino acids and to actually use them. The riders of Wanty-Groupe Gobert therefor use  the 3Action Recovery Shake. In addition to 28g proteins, this Recovery Shake also contains 56g of carbohydrates per 100g.

Carbohydrates: refueling before and after the race ...

This brings us seamlessly to the carbohydrates. Why carbohydrates? The energy delivery mechanism during sports mainly runs on fats and carbohydrates. Fats are especially important in low intensity efforts, because the body can then use enough oxygen to burn these fats. As the intensity increases, the carbohydrates become relatively more important. Therefore, a maximum carbohydrate supply must be sought before the effort is started. How does this happen now?

... but also during the race

In the first two hours of the race, because of the low intensity of the race, riders will mainly use their fat stores  for their energy supply. But often, they already need their carbohydrate stores from the beginning as some stages are very heavy as from the start. After two hours of cycling at an intensity above the fat threshold (intensity at which fat burning is maximal), the supply of carbohydrates that was taken the night before and stored in the muscles has already been completely consumed. That is why it is important that this stock is also supplemented during the stage, mainly in the form of fast sugars. During a typical Tour stage, a rider has to take more than 70g of carbohydrates / hour as an average.

These fast sugars can be taken in different ways. Part of it through Energy Drinks or Thirst Quenchers, that the riders drink during their effort.

Another important source is of course the solid food. Classic items such as rice cakes, frangipanes and sandwiches with jam or banana are still being used. The 3Action range with its energy bars is a welcome addition to this. For example, the Energy X-Tra bar of 45g contains 33g of carbohydrates, while the Energy Bar of 45g contains 24.5g. Since this Tour de France our riders have an extra choice: the oatmeal bars (Oat Energy Bars) in 2 flavors (apple cinnamon and banana) and they contain respectively 33g and 27.5g carbohydrates per bar of 45g. Other commonly used solid food are the Nougat Blocks, Energy Tabs and Carbofruits.

During the last 2-3 hours of the ride, the intensity will usually be a lot higher than at the beginning. There is less time to eat and digest the solid food from above. Time to switch to the Energy gels (choose from Liquid Energy Gels in flavors apple (with guarana) and blackcurrant and the Energy Gels in flavors strawberry and lemon, which all contain around 25g carbohydrates per serving.

We were already talking about energy drinks or thirst quenchers and their role in the supply of carbohydrates. At least as important is of course their function in maintaining the moisture balance and salt balance. Every race, a rider loses litres of fluid by sweating and breathing. This must of course be supplemented, as shown in the table below. A small shift in the moisture balance immediately makes a big difference in performance.

A golden standard of how much a rider must drink during a certain effort does not really exist. After all, sweat production is very different in the first place. In addition, factors such as temperature, intensity of effort and duration of the effort play a major role. During the Tour de France, the moisture and salt balance of every Wanty rider are accurately monitored, including measurements of the urine density. Weight control and urine color before vs. after the effort, remain very suitable methods for monitoring the moisture balance.

For riders who prefer to keep the intake of sugars and fluid separate, for example due to stomach problems, the 3Action Hydration tabs are a very useful alternative. These tablets must be dissolved in a water bottle. They contain the 5 essential minerals namely sodium, potassium, chloride, magnesium and calcium. Depending on the intended purpose 1 or more tabs can be solved per drinking bottle of 500ml. Sweating will in particular lead to loss of sodium ions. In order to maintain the moisture balance, a bottle should contain 230-690 mg of sodium per liter. A hydration tab contains 360mg of sodium. If we were to dissolve it in a 500ml bottle, we would get a drink with 720mg of sodium per liter. This is already a little too high if the goal is to maintain the moisture balance. Half a tablet per 500ml, on the other hand, will be sufficient for this. However, if the goal is to replenish fluid loss eg. if a rider has strongly colored urine after the competition, 690-1150mg sodium per liter should be used. 1-1.5 tablet dissolved in 500ml water will give us a sports drink with these properties.

In the final of a stage, the riders sometimes take something extra . This is meant to be more focused in the final, since the right decision sometimes has to be taken at a fraction of a second. In addition, the riders want their tired legs to feel as little as possible in such a moment. A supplement that combines these two properties is guarana. The 3Action Guarana ampoules of 25ml contain 1500mg Guarana or 150mg caffeine. Be careful with this supplement in warm weather: caffeine can cause muscle cramps if the moisture balance is already disturbed by excessive sweating.

During the current Tour de France, we now have already made considerable progress in the third week. As one of the few teams Wanty-Groupe Gobert still has all her riders in the race. The dangers that the cyclists have to face day after day are generally known: falls, heavy mountain stages, extreme temperatures and illness. But good nutrition during, before and after the race also plays a very important role in all this. The staff of our team is therefore very grateful that they found an excellent partner in 3Action. 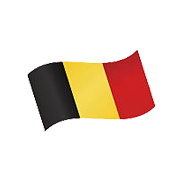 The products of 3Action are of Belgian origin 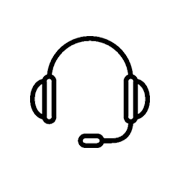 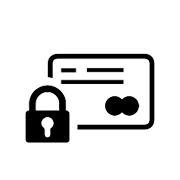 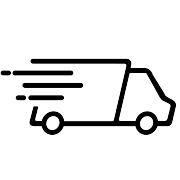 Fast and secure delivery via bpost/UPS

Sign up for our newsletter and receive a 15% discount on your next purchase.